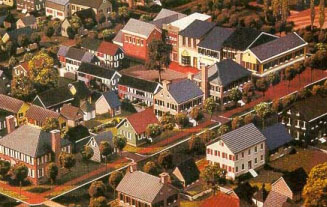 In Cincinnati, there’s some conflict involving sober living homes that, on the surface, violate local zoning rules. The for-profit landlord is housing more unrelated individuals in single and double-family dwellings than the zoning code allows. The neighbors are not happy  The mayor has a plan to resolve the situation, one that the landlord says he will fight.

My suggestion is to bring together the zoning board, the landlord, and the neighbors, and hold an intervention.

The current zoning classification that limits the number of unrelated individuals in a residential dwelling to three is not workable today. It’s too low a number. It has become bad public policy, something I suspect is frequently ignored. For example, under current zoning rules, it’s okay for two married couples to share a house. But what if the couples were married out of state, and have the kind of marriage Ohio does not currently recognize? That’s a technical violation, yet something few today would try to enforce.

The community needs more sober living homes than the government funded system can ever support, so we do need private landlords in this market. But the neighbors have a point too. You can’t turn a ranch house into a tenement, and expect peace to erupt next door. I take the neighbors at their word that their intent is not discriminatory.  The neighbors would probably voice a similar complaint if the sober living house kicked out its current residents and started operating like a chain hotel.

Today’s zoning conflict is an example of what happens when legislation from half a century ago smacks into a more diverse population, a different set of health needs, a changing economy, and new ways of organizing work and society. We see the same kind of disconnect between taxi regulation and the phone apps that let anybody sell a ride. The same kind of disconnect affects hotel regulations and rent-a-room apps.

What needs to happen? Nothing too scary or too out of bounds. As this conflict plays out, we need to respect both the achievements of the people who are turning their lives around, and the reasonable expectations of their neighbors.

Here's a link to local news coverage of this situation.
Posted by Paul Komarek at 10:00 AM

We are moderating comments right now. Thank you for your message.